The Secret to Soil Health is in the Roots 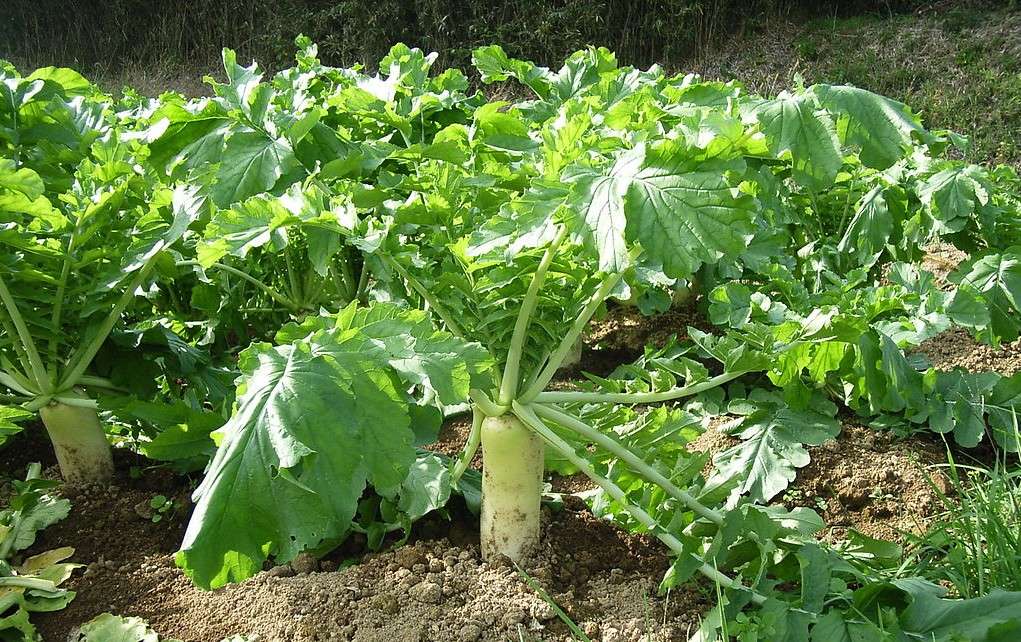 When planting a cover crop to protect or feed our soils, we focus on the cover. Success comes in swaths of green that protect the bare ground and add nutrients when we till them back into the soil. But the real action of soil-building success takes place below ground. For soil health, it’s the cover crop roots that make radical change.

Roots do their work right where it’s needed – in the soil. They till and aerate to improve soil structure as they grow. Roots actually exude sugar, which is like candy to microorganisms, creating hot red light districts of feeding and breeding in the soil. Even better, when they die, roots add organic matter to the soil in massive amounts, with minimal loss and no hauling or digging from us.

Roots actually exude sugar, which is like candy to microorganisms, creating hot red light districts of feeding and breeding in the soil

When we think about the roots, then, it’s no surprise that the foot-long plus daikon radish (also known as forage radish or tillage radish) are changing soils, and the farms and gardens that grow them, the world over.

If you’ve ever grown daikon, then you know it’s formidable power. The day I pulled a radish as long as a tennis racket and the diameter of a small sushi plate, was the day I started to understand of just what mighty feats it was capable.

By itself, daikon radish is a superb vegetable. It’s a staple of Japanese food culture,  whether pickled, garnished, or served steaming in miso soup. Traditionally know as a yin food, it cools and calms the body. Masanobu Fukuoka, who used daikon extensively in his natural farming methods, recounts in his book The One Straw Revolution that the name for the wild ancestor of daikon translates as ” ‘the herb that soften’s one’s disposition’ “. My Japanese aikido teacher confirms. “When you have daikon in a soup, like oden, it really calms the body. We should serve it in prisons”, she suggests, laughing. 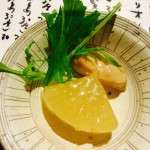 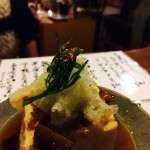 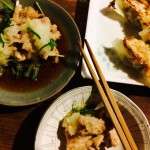 Left to rot in the soil, daikon-type radish produces a similar effect. Among many other benefits, daikon is renown for softening the soil. As Fukuoka simply states, “if the soil is hard, grow Japanese radish first.”

Why not let daikon radish till soils for you?

Biodrilling up to six feet below the soil surface, daikon radish is nature’s rototiller. It breaks through hard, compacted soil layers that have broken many a gardener back. It mechanically opens up channels for water and roots to penetrate.

But unlike your rototiller, daikon fills the holes it drills with pounds and pounds of delicious organic matter (over 3700 lbs of roots/acre in on Michigan study). The microorganisms that feast in your soil think those large white roots are delicious, and they eat up them up fast. As that organic matter brings  soil to life, the little soil bugs get busy with the burrowing,  growing, and excreting business of decomposing the scrumptious daikon meal, transforming your soil in the process.

Daikon captures last year’s nitrogen, so you don’t have to fertilize

Softening soils is not the only reason to use daikon as a cover between fall and spring crops. It’s deep roots recycle last year’s nitrogen, catching it before it drains out over the winter. Because daikon decomposees so quickly in areas where it naturally dies over winter, that nitrogen is released in the spring for the next season’s use. In one study, this amounted to 170 lbs N/acre – more than enough to meet vegetables growing needs.

Use daikon as a living mulch to keep weeds under control

Topping the mighty roots, daikon wears a crown of broad, 2-3 foot long leaves. Quick-growing, these leaves cover up to 80% of the soil surface, keeping it weed-free and mulched over the winter.

In places where temperatures drop below 20-25°F, gardeners get the extra benefit of winterkilled leaves that mulch the soil surface. After a winter of rotting, daikon leaves unveil of soft, ready-to-plant seedbed when pulled back in the spring.

Too good to be true? To transform soils in a single season, daikon magic works best in zones where heavy frosts of below 25 ° F naturally kill the cover over winter, so that soil life has time to chew and transform the decomposing crop before spring. In climate zones that don’t have heavy frosts, harvest daikon as an overwintered vegetable and turn the residue back into spring soils. With this method, compacted soils can loosen over a couple of seasons. For natural, wild gardens, let the daikon radish flower in the second season to reseed. In this way you can introduce this phenomenal soil builder into your wild plant guild.

Plant daikon a little earlier than other over-wintering cover crops to give it time to grow a thick leaf canopy. Aim for 4-10 weeks before the first frost – late August in cooler climates, early September in warmer ones.

Like all cover crops, how much seed you use depends on how you garden, seed costs, and your goals (more on this in future posts). In the garden, I use cover crop seeding rates up to 10-20 times higher than farm recommendations. For a quick cover that suppresses weeds, I’ll use 1/4-1/2 a pound per 100 square foot of garden, broadcast and scratched into the top 1/2 of the soil surface. For my no-till beds, I might double this rate, since new plants will be competing with mulch and residue already present on the surface.

Daikon is a type of oilseed radish that is bred as a garden vegetable. This variety will certainly work as a cover crop if you can find an inexpensive seed source. Otherwise, you can order cover crop seed for daikon-type radish under the names tillage radish, forage radish, fodder radish, or groundhog radish.

To dig deeper into daikon, check out these sites:

Daikon recipes in the kitchen

Have you used daikon in the garden? Share your stories and experiences in the comments below.