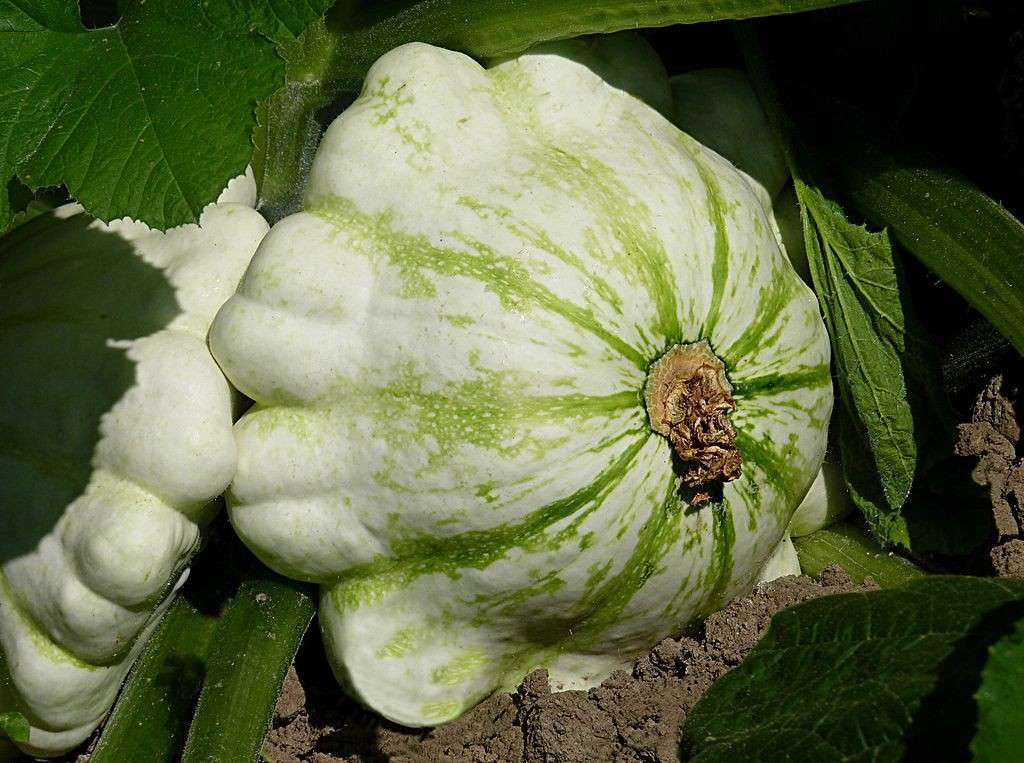 You might have thought, according to the Chinese zodiac, that 2015 rang in the year of the sheep. This year, however, sheep will share this title with the soils that grow their green pastures. To help celebrate the New Year, the United Nations General Assembly and the Food and Agriculture administration declared 2015 the International Year of Soils.

Why Soil? Why Now?

Peak food, climate change, pollution, water shortages, loss of biodiversity, extinctions, and facing the rapidly approaching reality of 9 billion people on the planet – at the dawn of 2015, we sit at the tipping point of environmental crises. Central to all of these challenges – and to all of life, in general – is soil.

Yet few of us stop and think about the stuff we walk on everyday.

It’s not just pastures and sheep that depend on healthy soils. It’s not just food and agriculture. The health of the entire planet starts with soil health. Soils, the very foundation of life on earth, play a silent, but central, role in the global and local problems we face, in ways many of us have never realized.

Obviously, our food depends on soil. As gardeners, we know that the fresh carrot we pull comes from the earth.  But, if we think about it, almost everything else that feeds, clothes, and houses us comes from the soil, as well. Soils grow fiber plants like cotton, flax, and hemp for cloth, paper, and rope. Livestock need healthy feed and pastures grown on healthy soils. Lumber depends on forests, which need fertile soil to grow. These days, soils even grow our fuel, and biofuels increasingly compete with food and fiber for precious soil resources.

In a world that grows more people by the day, the pressure is mounting to produce enough food to feed the planet. Meanwhile, environmental abuse, climate change, droughts, and poor soil management mean that we must meet this goal on increasingly limited soil resources.

Soil health is essential for global food security. Food security is a key ingredient in global security. Throughout history, civilizations are intricately linked to the quality of their soils. With the loss of topsoil, ecosystems collapse. As ecosystems collapse and farms stop producing, civilizations crumble and fall. Wars over resources arise. On the other hand, civilizations prosper when blessed with abundant fertile soils. This is true from the Tigris-Euphrates River Delta to the Midwest United States. In fact, the United State’s rapid prosperity was largely due to the fact that it possessed a disproportionately large percentage of the world’s most fertile and productive soils. This breadbasket provided a surplus that fueled rapid industrialization, economic growth, and technical innovation. As a nation of hard-working immigrants, the U.S. likes to think success came from the drive and ingenuity of its people. But how much of its success came from farming unbelievably productive prairie soils?

(For more about this connection between civilizations and soils, see Dave Montgomery’s book, Dirt: The Erosion of Civilizations, or watch his youtube lecture)

We don’t always think about the fact that soils also provide clean water. Soils themselves store a large amount of water in between individual particles. When we lose soils to erosion, not only do we lose arable acreage, but we lose precious water storage space as well.

Perhaps more importantly, the soils that cover roughly a quarter of the earth’s surface are the water filter for the entire planet. As water passes through the individual particles, environmental contaminants either stick to soil particles or are actually degraded by soil microbes. Imagine what life would be like on earth, without this giant, breathing water filter. In contrast, when soils erode away because of poor management, they severely pollute rivers and, eventually, the oceans at their mouth. This leads to serious environmental problems, like the recurring ‘Dead Zone’ in the Gulf of Mexico, a direct effect of farmland erosion along the Mississippi River.

Healthy soils are covered by living and dead plants. When left bare and degraded, they are picked up by wind, reducing air quality and impacting human health. Who wants to see another dust bowl?

We also depend on soils for medicine. Of course we need the medicinal plants that grow in soils. But medicines also come directly from soil life itself. Global health game-changers, such as life-saving antibiotics, were originally cultured directly from microorganisms in soils.  Because nearly a quarter of the world’s biodiversity is found in the unexplored microscopic soil life, soils have the potential to provide many more life-changing medical cures in the future.

By now, it’s probably clear that soils are linked to almost every natural process on the planet. Because of this, soil health is essential for the survival of natural ecosystems around the world. Protecting these ecosystems protects global biodiversity and all of the undiscovered and unknown critical functions that biodiversity, the number and types of species in the world, has in our lives. In fact, soils host a full quarter of the world’s biodiversity. That’s an estimated 25% of all living species on the planet. Most of these species are microscopic; most live in the top few inches of precious topsoil; and most are as yet undiscovered and unknown by scientists. As the bottom of the food chain, soil life and diversity has a profound cascading effect on all higher forms of life. Extinction can, and does, start with the soil.

As gardeners, we also know that we get more garden bounty when we treat our soils well by amending them with rich organic matter, protecting them from washing away, and not stomping on them when they are wet and tender. But the world over, we haven’t taken care of our soils. In the US, rich black Midwest soils erode into the Mississippi at unsustainable rates. We’ve “farmed out” the natural productivity of these soils, without taking care of them. In California and other parts of the world, over-irrigation and fertilization lead to salinization and, in the worst cases, desertification. Clearcutting in the Northwest not only means a loss of trees, it causes forests soils to wash away, making regeneration and regrowth of prior productivity nearly impossible.

The crisis has been a long time in the making. Soils are one of our world’s most precious assets. They take centuries to millennia to form and accumulate. We shovel and scoop and mine and move soils around like the world is our sandbox, instead of treating them like the precious natural resource that our planet depends on for its very existence.

A big part of the problem is our fundamental lack of understanding. Not only do we treat soils like a non-renewable resource, we treat them like they are inanimate matter. Soils are alive! They start with the plants growing above them, and end at the furthest reaches of roots, bugs, water, and air below ground. Collectively, soils are like one big super-organism. They breathe, eat, and excrete like any other living thing.

For the last 100 years or so, we haven’t treated our farm, garden, or pasture soils like they are alive. Farming is increasingly risky, with decreasingly smaller profit margins, partially because of this. When we stop treating soils like living things, they die. When soils die, our crops depend on us to provide for all their needs in the form of expensive chemical fertilizers. When soils die, they lose their natural buffers to extreme weather events and other disturbances. As this happens, the productivity of our farms, gardens, and pastures becomes more precarious.

Soil Health for the Future

Around the world, exciting changes are happening in the way we view soil health. Innovative ranchers have turned to radical carbon-building practices, such as mob grazing, to regenerate degraded pasture and rangeland soils. Small farmers with a tight profit margin and large-scale farmers under the burden of the past years soaring fertilizer prices have also turned to soil health as a viable way to improve farm finances. Using soil health principles, such as building organic matter and fertility with cover crops, tilling less, and keeping the soil covered, farmers conserve water, fertility, and precious time and energy, as living systems build resilience and productivity.

At the home-scale, soil care is one of the most basic ways the gardener can have a beneficial environmental impact. Although productive soils take a long time to accumulate in nature, we can revitalize our soils relatively quickly by treating soils as living things. This means providing them with food, water, shelter, and air, mostly by adding organic matter back to the soil. Organic matter is all of our “so-called” waste – kitchen scraps, grass clippings, yard trimmings, weeds, garden crops, and fallen leaves. If we recycle this back to the soil, we feed the living soil. Feeding the living soil means that our gardens become more productive and more self-sustaining. In addition to environmental benefits,, creating a more self-sustaining garden also means less work for us as the gardener.

Imagine if whole neighborhoods were cultivating living, healthy soils. Not only would these communities be producing more of their own food, they would be reducing water pollution, increasing biodiversity and wildlife, sequestering carbon (to mitigate climate change), and reducing flood and landslide hazards. They would reduce their carbon footprint by buying less fossil fuel-consuming fertilizers. These neighborhoods would be recycling most of their waste back into their gardens as organic matter, saving space in landfills and using less gas to haul this so-called “waste” away. By taking care of the whole soil, they would be creating whole communities that could become increasingly sustainable and connected.

2015, the International Year of Soils gives us an opportunity. Now is the time for us to get back to the soil – the living soil. This means we have to change our perspective and see soils as living entities. Soils are alive; our gardens, farms, and pastures are alive; our world is alive – a beautifully complicated and interconnected living system.

The bottom line is that if we take care of the soil, then we might have a chance in slowing the environmental, social, and political catastrophe headed our way. If we don’t, then we will make the global problems we face much worse, much faster. The future of our planet depends on it.